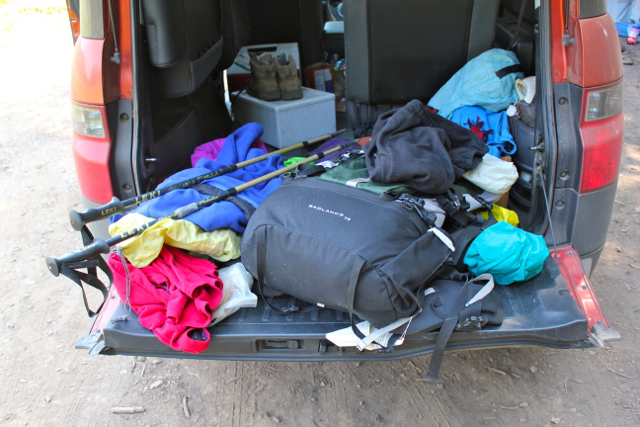 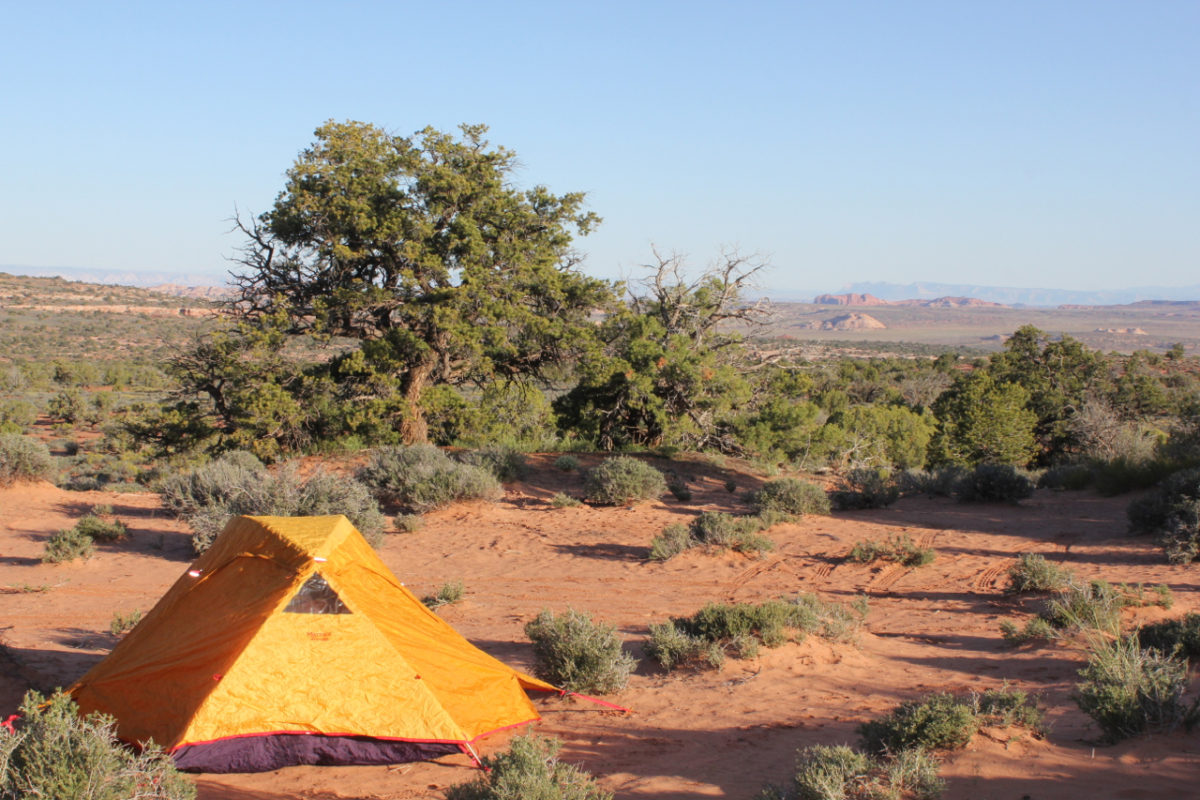 While lying on the Utah desert floor cinching the sleeping bag’s hood so only my nostrils were left exposed to the sleep-denying cold, I concluded that it’s a good thing we have words for outdoor recreation otherwise we’d lose interest if we had to describe our favorite activities.

Take camping for example. The word itself conjures happy images of pitching tents along forested edges of gin-clear lakes, conversations around campfires, and monarch butterflies landing on the foreheads of small children.

If someone asks, “Want to go camping?” the outdoor-minded don’t think twice. It sounds fun. Yet, if we didn’t have a word for camping getting people outdoors would take convincing.

I would give second thought if some of my backpacking friends instead of asking “Want to go camping?” asked “Want to spend the weekend without furniture and focus every waking second to avoiding mosquitos, ticks, bears, and mountains lions?

And then at night sit around a campfire attempting to escape camp smoke that regardless of wind direction somehow defies all logic and follows your every step? And then when it comes time to call it a night sleep on wafer-thin air mattresses filled with our own foul breaths. But don’t worry about sleeping. We’ll be too bug-eyed awake from the comforting realization that even though all of our food is dangling from a sturdy branch inside a bear bag, bears also like meat, we’re the meat, and we’re on the ground.

After limited sleep we’ll rise at dawn and eat freeze-dried cheese omelettes from a foil pouch. Just before you’re about to compliment the deliciousness of the meal you or someone else will realize we forgot to remove the oxygen absorption packet from the pouch. We’ll then become obsessed with food poisoning concerns, distracting our attentions, leaving us vulnerable against mosquitoes, ticks, bears, and mountain lions.

Out of necessity we’ll then spend the afternoon collecting firewood like hapless medieval peasants. Just so we can repeat last night, with all of its discomforts and fears, all over again.

I’d hesitate, but I’d be in. For what sounds like discomfort is actually the entranceway to experiences and memories. A weekend spent camping – good or bad – will perpetually bloom in the brain as a king-wow memory, forever fueling a sustaining sense of being alive.

Try saying that about a weekend spent indoors watching TV. No memories, only guilt for squandering time that can never be recovered.