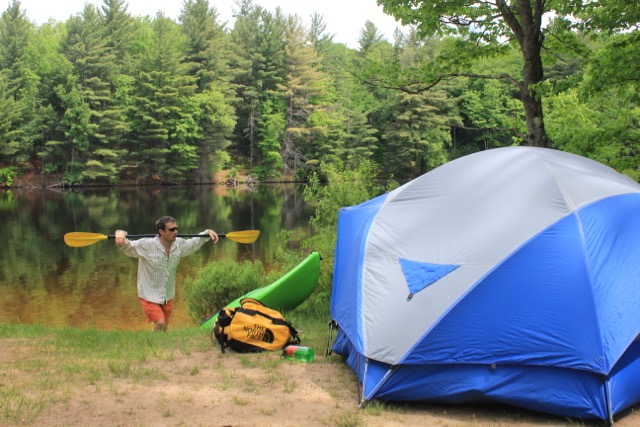 I have a friend who is passionate about wine. If asked he could, without hesitation, pair the perfect wine for a soggy, half-eaten berry pomegranate chia-flavored Clif bar found floating in the hull of a freestyle kayak. His wine expertise prompts people to refer to him as an aficionado, a connoisseur, sophisticated.

Conversely, I’m passionate about skiing. If asked, I could, without hesitation, confidently negotiate any double black diamond slope. But my veneration of skiing does not translate into a gush of high-brow platitudes. Instead I’m called a ski bum.

Not an expert. Not an aficionado. But a bum. It makes it sound as if I spend my days panhandling for money at the base of Aspen Mountain, causing people to mutter, “Don’t give him money, he’ll only spend it on lip balm and hot cocoa.”

The late Jim Harrison once observed “A man at play in America has John Calvin tapping him on the shoulder and telling him to please be serious.” This especially applies to anyone whose outdoor gear consists of poles, paddles or packs. Only instead of a tapping on the shoulder admonishment flares in the form of pejoratives.

I also backpack and raft. Consequently, I’m also tagged as a dirt bag and a river rat.

Instead of worthy passions these sound like problems. Or code names for addictions, creating unjustified guilt, raising half-expectations of finding an intervention letter from my girlfriend taped to the refrigerator door:

Your backpacking is ruining us. Last Saturday, unbeknownst to you, I spied you in the basement secretly seam-sealing your tent. Two nights later you claimed you had to stay late at work but returned home reeking of campfire smoke. The next morning, when asked to help my daughter tie her shoes, you tied two taut-line hitches. And last night you took leave-no-trace too far when you insisted we bus and reset our table at Carrabba’s. Can’t you see how being a dirtbag is tearing us apart?

Outside of surfing (beach bum) and maybe hockey (rink rat) all other outdoor activities remain strangely immune. When I queried a friend, who works as a psychologist, about this he suggested that labels sometimes manifest when an activity becomes so encompassing it morphs into a lifestyle choice.

If so then why does my neighbor, who claims falconry as a lifestyle, remain nickname-immune? This, after all, is a person who devotes his days to making pigeons nervous. Yet everyone respectfully refers to him as a falconer. Never once have I heard, “He’s nothing but a predatory bird bum.” Or, “He’s a raptor rat.”

Or fly-fishermen? How have they escaped being besmirched? They not only fit the pole criteria, but in any given day they exceed it by also carrying packs and using paddles while donned in rubber slacks and posing with hooked trout like kids with mall Santas.

These are questions only my wine friend can answer. For, after all, by society’s standards, he is sophisticated